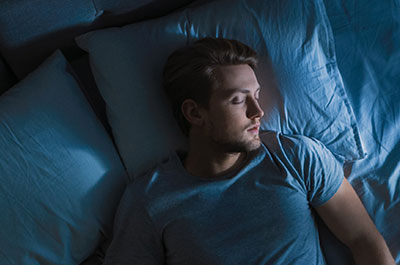 Melatonin, sometimes called the sleep hormone, is a critical feature of the body’s sleep-wake cycle. Its production increases in the body with evening darkness which in turn promotes healthy sleep and regulation of our circadian rhythm.

Recent studies have found that melatonin is related to mental health such as anxiety disorders, depression, schizophrenia, phobias and autism, and attention deficit hyperactivity disorder (ADHD). However, melatonin is generally not used as a direct treatment for these psychiatric disorders but can help simply because it improves sleep in many people. The following are some of it applications and associations.

Even sound sleepers have trouble falling asleep or staying asleep once in a while. People often try melatonin for sleep after having difficulty with sleep for more than a night or two” Research shows it can help some people with insomnia fall asleep slightly faster and may have bigger benefits for those with delayed sleep phase syndrome—falling asleep very late and waking up late the next day.

People also take melatonin to ease jet lag by taking it two hours before the bedtime at their destination, starting a few days before their trip. You can also adjust your sleep-wake schedule to be in sync with your new time zone by staying awake after you reach your destination and delaying sleep until your usual bedtime in the new time zone. In addition, get outside for natural light exposure.

The natural hormone melatonin might also help children with the disorder who take certain ADHD medications. Researchers say it improved sleep problems in these children. But melatonin doesn’t seem to improve ADHD symptoms. Natural supplements like GABA and inositol aren’t proven to help against symptoms either. Evidence suggested that the use of melatonin in people with attention deficit hyperactivity disorder and sleep onset insomnia, a delay in dim-light melatonin onset has been reported.

Melatonin supplements are generally safe and are used to treat insomnia. They may modestly improve sleep, which could theoretically lead to long-term protection against Alzheimer’s. However, other insomnia treatments may be more effective and experts do not recommend melatonin for elderly people with dementia. In one study, scientists have found that melatonin directly inhibited memory formation at night.

Taking melatonin could also lead to some uncomfortable symptoms. They’re usually mild, but you may experience:

For these reasons, it’s important to not drive or operate machinery for five hours after taking melatonin.

Melatonin could also interfere with other important medications, including blood thinners, diabetes drugs, immune system-suppressing drugs, anti-seizure drugs and some contraceptives. If you’re taking any type of medication, it’s important to talk to your doctor before taking melatonin or any other dietary supplements.

While studies have found that melatonin can improve sleep in certain cases, it isn’t for everyone. It is important to be aware of and carefully consider melatonin’s potential benefits and downsides. Also, people who use melatonin supplement should also be aware of issues related to dosage and the quality of supplements.

Sandyk R (1997) The accelerated aging hypothesis of Parkinson’s disease is not supported by the pattern of circadian melatonin secretion. Int J Neurosci 90: 271-275.

Gahr M1 (2014) Agomelatine in the treatment of major depressive disorder: an assessment of benefits and risks. Curr Neuropharmacol 12: 287-398.